The Home Page for filmmaker Richard Clabaugh, also known as “The Man in the Red Shirt.”® 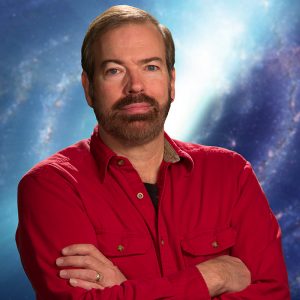 Welcome!  Always working on development and post production on multiple projects so the website is never up to date, but below you will find basic news, bio and production information along with links and trailers to some of the projects I’ve worked on.

Currently I am thrilled to be working with the outstanding Yale Productions  of New York as Post Production Supervisor on multiple films and just completed producing two films in Ireland for Yale Staring Antonio Banderas.

NEWS: Yale Production’s film “BANDIT” is doing amazing business.  If you haven’t seen it, check it out!  Streaming now on multiple platforms and in RedBox Kiosks everywhere.

Congratulations to Director Allan Unger on the success of his film, and to all the amazing crew who worked on that movie!

Other Upcoming Projects: “The Last Girl,”   “The Clean Up Crew,” both Directed by Jon Keeyes, which I produced in Ireland for Yale Productions.

Films on which I’ve been Post Production Supervisor –  “The Kill Room,” (with Uma Thurman and Samuel L. Jackson in their first film since Pulp Fiction), the Jon Keeyes’ directed films “The Survivalist” and “Code Name: Banshee.”  The Katie Holmes Directed films “Alone Together” and the soon to be released “Rare Objects.”  Was also Post Suprevisor on  Mayim Bialik’s (Big Bang Theory, Jeopardy) directorial feature debut “As They Made Us” with Dustin Hoffman and Candice Bergman….

So many more I can’t talk about yet!  It’s exciting times!

Richard Clabaugh is a filmmaker and film educator known primarily for his work as a Director and Cinematographer on feature films, as well as for always wearing a red shirt.

Professionally, his diverse body of work includes an abundance of feature films in the action and horror genres, although he has also done comedies, dramas, commercials, reality TV shows, magazine programs and much more.

Richard Clabaugh established himself early on as a popular genre cinematographer with such films  as The Prophecy starring Christopher Walken,  No Way Back starring Russell Crow and the breakout action film American Yakuza starring Viggo Mortensen.  He was also Director of Photography on the feature film Phantoms, based on the novel by Dean Koontz  which starred Ben Affleck, Liev Scheiber, Joanna Going, Rose McGowan and the legendary Peter O’Toole.

After teaching at the prestigious state university for nearly a decade he returned to motion picture and television production full time.  With his partners he formed  Crimson Wolf Productions whose first major feature was the highly acclaimed indie-SciFi film Eyeborgs, [see Eyeborgs Reviews below] which he directed, as well as co-wrote and produced.  Recently he formed his own independent company RedCom Productions from which he develops and produces television programs and web series.

Under the RedCom Productions banner he produced 3-seasons of the broadcast television series, Life in the Carolinas, winning multiple Emmy Award nominations and garnering several Telly Award wins.  Currently RedCom is in production on multiple projects, including the animal series Reptile Rangers.

In addition to producing, directing, writing, shooting, editing and doing visual effects, he makes himself available for guest teaching assignments, lectures and speaking engagements.  Often he talks on the subject of how to shoot action and visual effects effectively.  He also hosts online filmmaking tutorials which he makes available through his website The Kinetic Image. 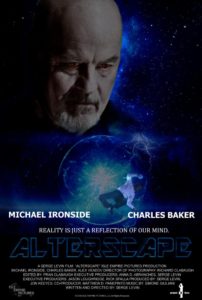 Coming Up:  Currently he is in development and working on post production on multiple series and motion-pictures set for production and release in the coming year.

Action movies and stunt work have always been at the core of the motion picture business and I’ve been lucky to work on some good ones.  Together with great stunt coordinators and talented action stars I’ve shot many action movies.  I love doing action and regularly teach workshops on techniques for shooting action effectively and safely, regardless of budget.

Here is my 45-second “Action Reel” featuring just a few of the things I’ve worked on as cinematographer. 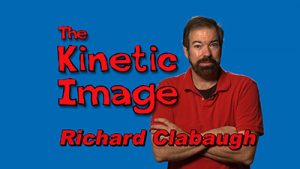 The “Circle of Confusion” Tutorial Video

The Kinetic Image
Main Page and You Tube Channel:
http://www.thekineticimage.com

All About the movie PYTHON – Informational page
http://rclabaugh.com/wp/python-the-movie/

Eyeborgs Review – DeVil Dead (DvD) – Antoine Rigaud <–This one is in German!